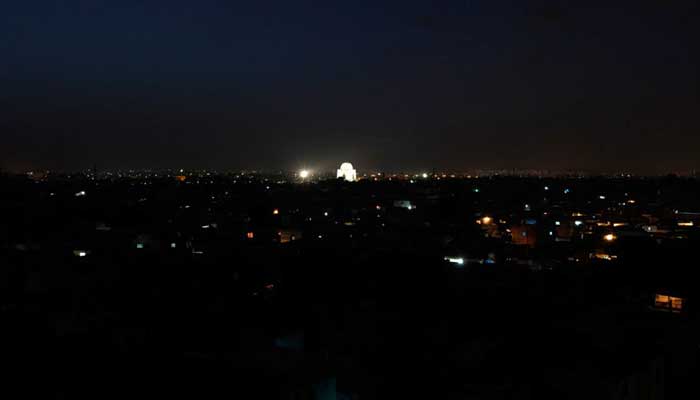 Why the Power Breakdown? Knowing the answer of the Minister of Energy, Pakistanis will hold their heads and triggers ‘night mode’ memes online

Energy Minister Omar Ayub has said that a fault occurred in Guddu power plant at 11:41 last night, the frequency dropped in one second after which the safety system of the power plant started shutting down. ۔ He said the fault of last night’s breakdown was not yet known as there was a lot of fog in the area around Gadwa, nothing was visible and no fault in the 500 VK line was visible in the fog. If not, when the fog subsides, investigations will be carried out to find out where the fault came from.

Addressing a press conference on last night’s breakdown in the country, Minister for Power E. Omar Ayub said that it is just like the fuses in your house if there is overloading, the fuse blows or the breaker falls. This was the same system, 10,302 megawatts were running in the whole country which suddenly went out. We started Tarbela twice and it sank, it started supplying electricity from the north, electricity has come to the areas around Lahore, electricity has come to half the city of Faisalabad while other grids were starting. The power system had already started in Multan, the supply of 400 MW has been started in Karachi, the entire system will be online in a few more hours.

He said the fault of last night’s breakdown was not yet known as there was a lot of fog in the area around Guddu, nothing was visible and no fault in the 500kV line was visible in the fog. Giving, when the fog subsides will be investigated where the fault came from.

He said that when our government came, no significant work was done on transmission. We have spent Rs. 49 billion on transmission. No-fault has come to light even in Guddu power plant. Omar Ayub said that from Matiari The Lahore line will soon be operational, which is being completed at a cost of 1. 1.6 billion. Such incidents happen in other countries of the world as well. Since 2013, there have been 8 such incidents. Trying to improve and investing.

Here are some memes on Pakistan power blackout

7 Things that Happen when you Travel in an International Airline