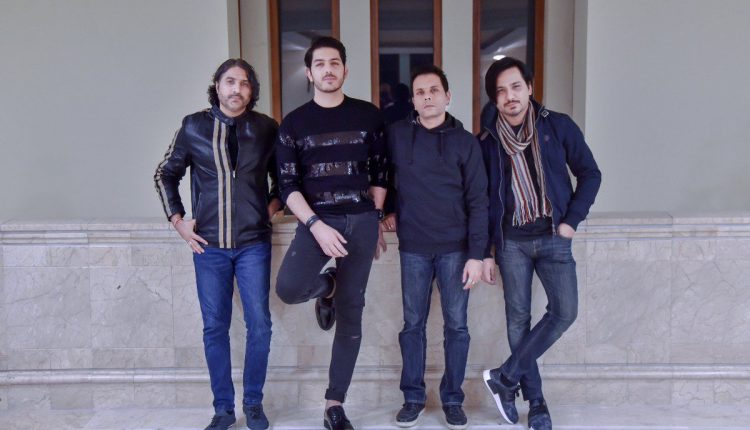 JAL the band which was formed in 2002 by Gohar Mumtaz and Atif Aslam has given us a lot of songs that we can’t just forget. Atif Aslam, left JAL right after aadat had released and there were a lot of stories but Gohar took the band forward and made Farhan Saeed as the lead vocalist of the band and Aamir Shazi as the bass guitarist. However, Farhan Saeed also left the band in 2011 to pursue a solo career. Gohar then took the charge to become the lead guitarist of the band. In 2013, JAL released the third album Pyaas but due to the security issues there were no concerts happening and in the year 2013, Shazi also left the band. Gohar Mumtaz has still been trying to release music.

Here are the top 5 songs of JAL:

The song that changed Atif Aslam and Gohar Mumtaz’s life was released in 2003. Aadat is that one song which not only became the biggest hit of the decade but also was the biggest controversy of the decade.

2. Woh Lamhay:
Woh lamhay is a song which was featured in both JAL’s and Atif Aslam’s first album and was also featured in an Indian movie. JAL’s version is really different from the one that Atif Aslam released. It’s our second favorite song by JAL.

3. Sajni:
Sajni is a beautiful song written by Gohar Mumtaz and Farhan did an amazing job with his vocals. The song released in December, 2007 and it conveyed the message to everyone that JAL is here to stay.

4. Ik Arzu:
JAL was featured in the 4th season of Coke Studio in which they performed Ik Aarzu. The song itself was one of the most viewed song of the season.

5. Teray Baajo:
Teray baajo is a song which was released in 2015. This song was sung by Gohar Mumtaz and it quite evident that he had worked really hard on his vocals. The video was shot in Karachi by Azan Sami.

Which one of these songs are your favorite or is there any other song that you like from JAL the band?