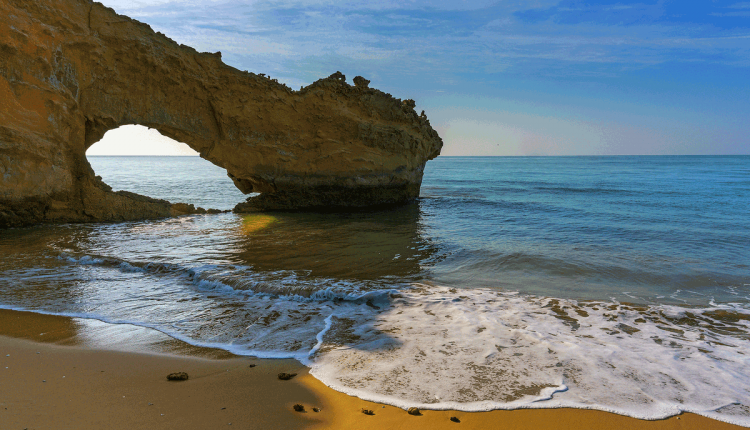 Sapat Beach Buji Koh Sapat Beach & Chandragup Balochistan. The beaches of Balochistan are beautiful beaches in the world I am counted. Blue seas, with a wide range of views of high mountains on the coast and the natural caves that are in them, make …
Read more in English

Sapat Beach Buji Koh Sapat Beach & Chandragup Balochistan. The beaches of Balochistan are beautiful beaches in the world I am counted. Blue seas, with a wide range of views of high mountains on the coast and the natural caves that are in them, make it the most beautiful beach in Pakistan, What people call the Spitbatch and the Boogie Mountain.۔ Today’s video will be about our spot on the beach, In which we will give you the absolute guide here. Which will consist of two parts, The first part is the experience of buying goods from Othol, Mid Volcano Chandrapag tour and the experience of extracting coconut from there, there will be absolute information about the spot cows, The second part is a tour of Boji Koh Beach, Mutton Lynch, Camel Barbie Cue at Kand Malir at night and the star will be absolute for dinner. There are no restaurants and hotels near Spots Beach.

That’s why in the morning, we were down by food and drink for you. In the othill you find a camel’s star meat Sapat Beach & Chandragup Balochistan. So we had three kilos of camels for Camel Barbecue, By buying two kilos of mutton, vegetables and ice departs at 10amSpa Beach 220 km from KarachiLocated ْ140 km from Worthwhile. Because of the turtle road and lack of guidance very few people know about this place. You need about 20 km to reach the beach sand and turtle have to travel on the road so you need a 4 by 4 car to get here. There are two ways to identify the burden, One way ahead of Chandragupta and the right before the spotted cows pass by and on the Makran Coastal Highway10 km from Igor to the left turtle road leads you to this beautiful beach.

After travelling 20km from OtholWe drove on Makran Coastal Highway. This road is 653 km long passing along the Arabian SeaGwadar connects Karachi and other cities of Balochistan. Because of its unique beauty, this highway has a special place all over the world. Looking around, you could see the desert far away. On the sand dunes on either side of the street are lush trees of the goddess offers a beautiful view.۔ This small and medium-sized tree is Sindh and Balochistan most often found in the desert areas after travelling 110km, we turned to the spot. Our first destination was Chandra Gap’s Midwalkinose.

After travelling 6 km, weA turtle headed towards Chandrapur by road. Lunar sprawl between Gap I and IIWe stopped our cars in the open field. There is no live fire in Pakistan at this time but there are plenty of these similar volcanoes, These are known locally as the “river glow”.In English, they are called Mid Volcano. It contains large amounts of hot mud instead of lava and the gases emitted. There are currently about 80 mid-vaccines in PakistanLocated in the coastal belt of Balochistan and adjoining areas. The largest of them is Mid Volcano Chandra Gap, Counted among the largest mid-volcano in Asia and the world. Its height is 300. Chandigarh is the first stop of the pilgrims coming to the Naglaj Temple. Hindus believe in religionThat this Shankar is the goddess of deity.

That’s why a lot of them go hereAnd they climb the moon and throw a coconut on the soil which is used to fulfil their religious rituals, In addition, the soil here is used for various ailments. In the heat of August, climbing the Mid Volcanope was difficult, As we slowly started to climb, it was cooled by the sea was enough to relieve our fatigue. As we were climbing, the air pressure was rising. We climbed the Midwalkinopee for a while, Saw two coconuts in the mud and tried to get them out with a stick. After a short while of effort, he managed to pull them over the edge. In addition to mud, various gases are also emitted in a mud volcano Buji Koh Sapat Beach & Chandragup Balochistan. Most methane gas is emitted. In addition, carbon dioxide and nitrogen gas may be excluded in certain quantities. As difficult as climbing this mud volcano was, It’s harder to go down, At the time of landing all of our techniques were looking flawless.۔ After landing, Coconut started to stumble. The first coconut was bad from the inside. But our second coconut was in perfect shape.

I also had a few pieces of coconut in my area. After Lunar Gap, we headed to our second destination, Spit Guy, 12 km from Makran Coastal HighwayThe cows comprise 57 households and 275 people. Being close to the beach is mostly related to fishing. This coastal strip is known for the crab fish {crab}.۔ Recently the Government of Balochistan along the Coastal highway paved road to the village has been constructed. Due to this, the people here have their own fishCan access Karachi and other markets in addition, due to the paved road, tourists have started coming here in large numbers. But even today, there is no school and water facilities in the villages. The chief of the village welcomed us to his area with a cup of tea, we had our balance Sapat Beach & Chandragup Balochistan. Also share information about the people and fishermen here at Buji Koh Sapat Beach. After tea and a bit of rest, we left for Bhoji Koh, our third destination. If you like the video, please be sure to like and share. Thanks