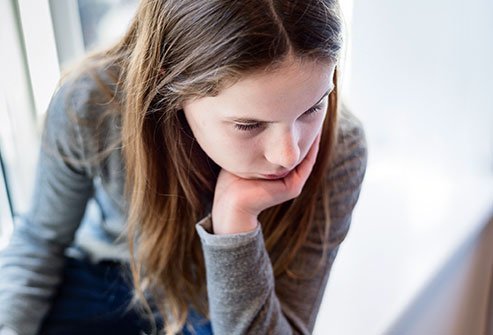 The brilliant Dr Syeda Maria Bukhari, a dedicated psychologist, unravelled a subject rarely ever discussed. She shed significant light upon mental disorders, their symptoms, aetiology and treatment. It was shocking to learn that there has been a rise in mental illnesses in Pakistan. Most patients never get diagnosed due to a lack of awareness of the subject. Patients get no treatment and almost always suffer till they die. What a horrible revelation! People are suffering all around us and we are quite oblivious to their plight. The loved ones around a patient judge him/her to be crazy and self-centred. Most assume the sufferer to be afflicted by the supernatural. They are either left alone or taken to peers to find a spiritual cure. This is a tiny effort to create some awareness for the oblivious ones and for those who suffer in silence.

There are over 200 classified mental disorders. This article talks about a common few like:
• Depression
• Anxiety disorders
• Bipolar disorder
• Schizophrenia

Depression:
Depression is the most undermined mental illness. It is just characterized as persistently low mood and a loss of interest. But it is so much more than that. It is an actual illness that affects many; men and women. The average length of a depressive episode is 6-8 months. Sadness, mood swings, hopelessness, guilt, angry outbursts and loss of interest in pleasurable activities are a few symptoms of depression.
It is further subdivided into:
• Major depression
• Persistent Depressive disorder
• Bipolar disorder
• Seasonal Affective Disorder (SAD)
• Psychotic Depression
• Postpartum Depression
• Premenstrual Dysphoric Disorder (PMDD)
• Situational Depression
• Atypical Depression

Depression physically affects in numerous ways. The patient feels unexplained aches, weight loss/gain, change in appetite, tiredness or lack of energy and sexual problems. There are sudden behavioural changes. He/she finds it difficult to honour commitments withdraws from people, self-harms and indulges in substance abuse. Decision making, concentrating, remembering are all difficult for a person suffering from depression. Delusions and hallucinations also occur in severe forms of depression.
Depression has numerous causes. It can be caused by genes, a chemical imbalance in the brain and hormonal changes. It can even be caused by seasons. Traumatic experiences like assault, abuse, accidents, life-threatening situations and childhood traumas also trigger depression in many people.
Depression is treatable. Intervention by loved ones is important. If you feel a certain loved one around you has these symptoms or you have any of these symptoms, please visit a psychologist for diagnoses. Along with that exercising, eating healthy and changes in lifestyle also help in eradicating this disorder.

Some of the most commonly diagnosed anxiety disorders are:
Generalized anxiety disorder (GAD)
This disorder is basically feeling anxious and fearful for no reason.
Panic disorder
People suffering from panic disorders have unpredictable panic attacks triggered by unknown reasons.
Obsessive-compulsive disorder (OCD)
Obsessions and repetitive activities like washing your hands over and over again.
Phobias
The person suffering from phobias is intensely fearful of harmless objects.
Post-traumatic stress disorder (PTSD)
PTSD causes flashbacks and nightmares of traumatic experiences and makes the patient relive those agonizing moments over and over again.

Bipolar Disorder:
It is also known as manic-depressive disorder. Most people suffering from this disorder cycle between depression and mania. A few symptoms are; rapid, loud and uninterruptable speech, hyperactivity, decreased sleep, excessive spending, hypersexuality and substance abuse.
It is caused by genes, environment and dysfunction of neurotransmitters in the brain. It is treated by medication prescribed by a practising doctor.

Schizophrenia:
Schizophrenia is caused by factors like genes and environment. Schizophrenic people have different brains as compared to people who do not suffer from schizophrenia. There are fewer connections between brain cells and the parts of the brain that deal with memory are smaller. Schizophrenic patients have various emotional, cognitive and behavioural problems.
A person suffering from schizophrenia may have impaired communication, abnormal motor behaviour and lack of ability to function. This includes a lack of emotions and neglecting personal hygiene. They have delusions based on false beliefs, they assume to be harassed or famous. They could assume certain gestures are made against them whereas, in reality, those gestures have nothing to do with them. They have hallucinations, they hear and see things which are not real but for them they are real. Voices coerce them to inflict pain on themselves or others around them.
People suffering from this disorder have no concept of the reality around them. They live in a world of their own which adversely affects them and their loved ones. If the patient is left untreated this disease can worsen and can end in suicide or aggressive behaviour. If you see symptoms of schizophrenia in someone around you, talk to them and try to convince them to seek help from a mental health professional. It may be hard to convince the sufferer but it is absolutely essential that they receive medical help.

Two bomb blasts have killed at least 10 people in the Lebanese capital, Beirut

Signs Nobody likes You

Humor in children is an expression of their intelligence, research