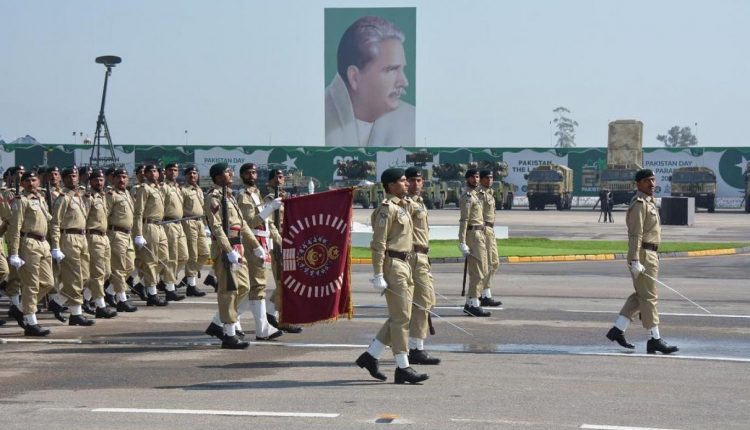 "Some things you can't value because it helps boost parade morale."

The parade ground in Islamabad on March 23 showcases the defense capabilities of the land, naval and ground forces in which the President, Prime Minister, Chiefs of the three Armed Forces, various diplomatic guests including foreign heads of state and people observe the parade.

What is March 23 parade and why?

The purpose of this parade is to celebrate Pakistan Day, but the interesting thing is that March 23 has no historical connection with the forces.

Pakistan Day is celebrated on March 23 because on March 22-24, 1940 in Iqbal Park, Lahore, under the leadership of Quaid-e-Azam, it was decided to have a separate country for Muslims. Thus, March 23 is called Pakistan Day, but nowhere in the resolution passed on March 24 was the word Pakistan included.

The first military parade on Pakistan Day was held in Karachi on March 23, 1956 and since then the parade has been interrupted several times. After the parade in 2008, the parade could not be held for seven years due to security reasons and then in 2015 General (retd) Raheel Sharif decided to hold a military parade again.

How much does the parade cost?

The military parade is broadcast on TV across Pakistan, but to this day it is not known how much money the Pakistani people spend on the show.

Former Secretary Defense Lieutenant General (retd) Asif Yasin Malik told The Independent Urdu that he did not know the exact cost of the parade as it was known to a few people and changed every year.

He added that the cost of the parade was not as high as he thought it would be. He said that various organizations participating in the parade bear their own expenses as cultural floats are sent by the provincial governments.

General (retd) Asif Yasin Malik said: ‘I am sure that the cost of the parade is not in billions. If our defense budget is one trillion rupees and 20 to 30 crore rupees are taken out of it for this parade then it is like salt in flour.

“Some things you can’t value because it helps boost parade morale. If the parade had not been held after the tension with India in February, it would have lowered the morale of the nation.

The parade in 2018 featured 16 fighter jets, 26 helicopters, 19 missiles and about 60 tanks, artillery, radar and drones.

Impact of parade on economy

Strict security measures are in place for the parade, including restrictions on airspace, road closures and disconnection of mobile networks. These measures damage the city’s economy and government coffers.

There are no detailed figures on the impact of these measures, particularly on the March 23 parade, on the country’s economy.

In connection with the preparations for March 23, the government of Pakistan has also announced a partial closure of airspace from March 19 to March 23. There are no details on the impact of the shutdown on the aviation sector.

According to a report, Pakistan had incurred a loss of Rs 250 crore in two weeks due to the closure of airspace in view of recent Pak-India tensions.

According to a 2015 report by the Organization for Human Rights and Business on the damage to the economy caused by the closure of mobile service, the loss of mobile service across the country during Eid 2012 in Pakistan was Rs 507 million.

Mobile service not only affects the movement of people but also businesses that rely on mobile. Online taxis are at the forefront of these businesses. In addition, there are three major hospitals in Islamabad and several schools and universities within walking distance of the parade site, where patients and students are facing difficulties due to the closure of mobile service.

Mustansir Hussain, an online taxi driver, told The Independent Urdu that he lost between Rs. 1,000 and Rs.

The enemy will open his ears and listen, he will give a blunt answer to the adventure: President