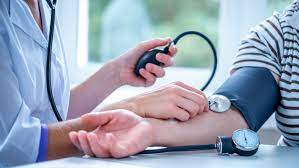 Chinese and Australian scientists say that people between the ages of 35 and 44 who suffer from hypertension (hypertension) are more likely to develop dementia later in life. The risk increases. The study collected detailed health data from the UK Biobank for about 1.5 million people over a 12-year period. Examination of the brain MRI scans revealed that people who had been suffering from high blood pressure in middle age had relatively small brains. The risk of dementia was 61% higher in those with high blood pressure than in those who did not have high blood pressure at that age.
It should be noted that dementia is not the name of a single mental illness but it is the collective name of various mental disorders such as memory impairment, difficulty in thinking and difficulty in making decisions in daily routine. The most common type of dementia is Alzheimer’s disease. In a study published in the latest issue of the American Heart Association’s research journal “Hypertension”, scientists warn that serious control of high blood pressure in low and middle age is seriously important. Needed because its long-term effects can lead to serious brain problems in old age.

Discovery of 14 new genes that cause obesity