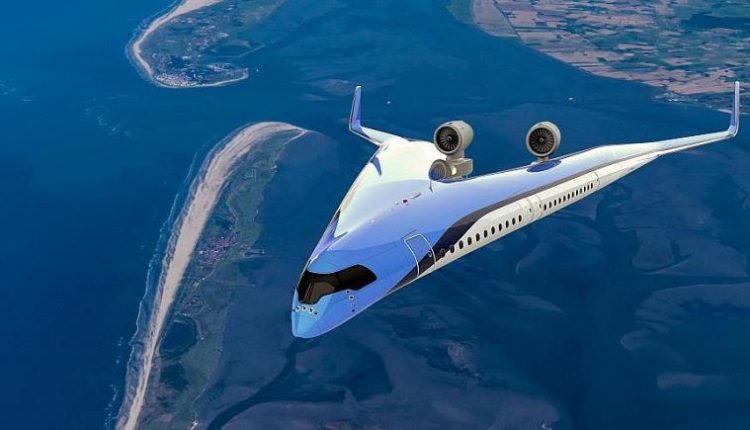 Flying V or the aircraft that aims to transform air transport

A man holds a V-shaped model airplane above his head and runs across a field until he lets it go and watches it glide a few feet above the ground. This rudimentary flight test is the first step in creating the ingenious new airplane that its inventors say could change the way we fly in 2041.

Roelof Vos, adjunct professor at the Faculty of Aerospace Engineering at TU Delft University (The Netherlands), works with a team of engineers on the construction of the Flying V. As its name suggests, it is an unusual V-shaped aircraft. which is called to revolutionize aircraft design, with its innovative oval-shaped cockpit.

“I’m an aircraft designer,” says Vos. “And this plane is beautiful,” he adds.

The project is the result of a collaboration with KLM and Airbus, and aims to make a splash in the landscape of so-called ‘green aviation’.

“We want to have a big impact on reducing fuel consumption. And this aircraft is designed to be more energy-efficient,” says Vos. “We are on a ‘plateau’ in aviation efficiency and the Flying V is trying to overcome that ‘plateau’. We have a long way to go, but this is a good starting point,” he adds.

What is the role of experiments in vaccine development?

How to File a Cybercrime Victim Complaint?

Revolutionary change in IT sector, dagger Optical fiber starts work from now to…