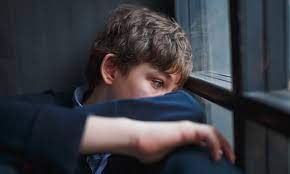 Depression in adolescence can lead to dementia in old age, research

Depression in adolescence can lead to dementia in old age, says
research So the decline of mental capacity (cognition) in middle age or old age can be prevented.
However, adversity can also lead to dementia and dementia in old age. The study, by scientists at the University of California, San Francisco, was published in the journal Alzheimer’s Disease on September 28. Scientists have adopted an innovative approach. It looks at the prognosis in 15,000 people between the ages of 20 and 89 and the possible consequences. It was found that 6,000 elderly people were found to be suffering from depression in their youth and the risk of brain and acquired degeneration was found to be 73% higher than others.
Experts in the study also included diet, lifestyle, age, sex, nationality, education, body mass index, diabetes and smoking. Scientist Villa Brainows explains why stress causes the release of hormones called glucocorticoids, which directly damage the hippocampus, an important part of the brain. In the hippocampus, our thinking is formed, thoughts are organized and memories begin to be organized. It should be noted that in this entire study, all participants were contacted twice a year for eleven years and questionnaires were filled out for them. It can be used to diagnose the symptoms of depression, ie mild, moderate and severe. At the beginning of the research, 13 in the youth Some 26% of middle-aged people and 34% of the elderly had some degree of depression. Of these, 1277 people were found to be suffering from some degree of mental retardation. Therefore, it is important that if depression is reduced today, it can prevent dementia in old age.