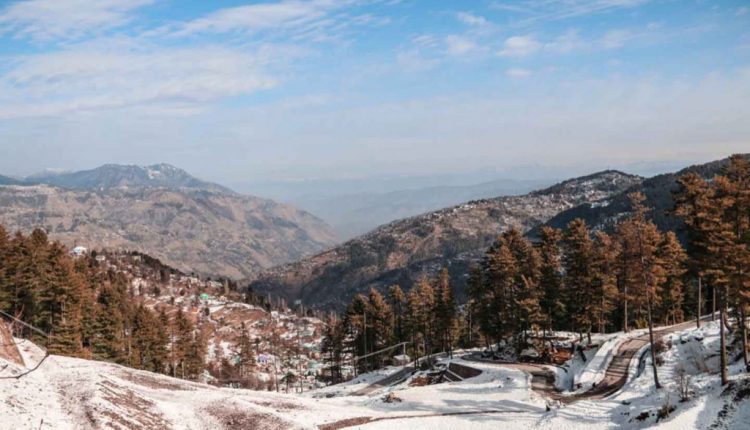 Ayubia National Park is a small national park in the Murree hills. The initial area of the park was 1684 ha, expanded through a northern extension in 1998 to make a total of 3312 ha. The park supports one of the best remaining examples of moist Himal…
Read more in English

Ayubia National Park is a small national park in the Murree hills. The initial area of the park was 1684 ha, expanded through a northern extension in 1998 to make a total of 3312 ha. The park supports one of the best remaining examples of moist Himalayan temperate forest in Pakistan and is surrounded by seven major villages and three small towns (Nathiagali, Ayubia and Khanspur). The national park consists entirely of reserve forests, which spill out of the parking area on the west and south sides. The scenery is superb with huge pine forests covering the hills and providing shelter to the larger and smaller mammals. Ayubia National Park is a major recreation area visited by large numbers of local tourists, mostly from Islamabad and Abottabad. No official figures are available, but local estimates suggest that there are about 100,000 visitors per year.

Ayubia National Park stretches from Islamabad to Abbottabad and through to Azad Kashmir. This area is full of wildlife. For hundreds of years, Ayubia has been home to a population of leopards. Leopards are now endangered. An increase in the human population has meant that large areas of the forest have been cut down to build homes and farms. Leopards need a lot of space in the forest in which to live and hunt. But in Ayubia, their territory is decreasing. The park covers thirty-three square kilometres. For a leopard, this is small. There must be enough protected areas of forest for the leopards to move freely without threatening the local population.

The World Wildlife Fund Pakistan and the Khyber Pakhtunkhwa wildlife department are working together to find a solution. International scientists are also conducting research on the leopard’s habits, needs, and behaviour. To collect this information, the scientists must catch a leopard and put a radio collar on it. Radio tracking is the only way to map their movements. The scientists first have to trap the leopard. A specially designed cage has to be placed in a carefully selected spot. It is then hidden with leaves. The cage has a goat protected by the glass to attract the leopard. At night, the leopard walks to the trap. Drawn by the goat, it examines the trap before finally entering it. Now the animal must be sedated quickly. Once safely sedated, the leopard is weighed and measured. Its blood samples are taken. Finally, the collar is fitted and it is released back into the forest.

The radio collar provides information about the animals moment via a satellite link. The researchers calculate that the leopard’s territory is around 40 square kilometres from Ayubia National Park. Using this information, the wildlife experts will consult with local communities to make a plan. A successful plan will protect humans, their livestock, and the endangered leopards. For any hope of success, education and awareness campaigns are also necessary. It’s important for all of us to come forward to protect the homes of these amazing animals.

This park provides refuge to the elusive leopard and the black bear. Bird watching is excellent here. Some of the bird species pass through the park on migration. The population of the Koklass Pheasant and the rare Kalij Pheasant are the highest known in Pakistan. Only 30 individuals of the Kalij Pheasant are known to exist in the park.