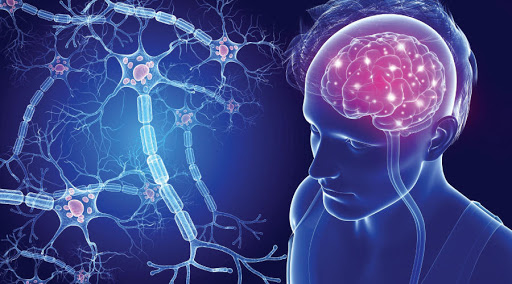 Researchers trying to understand the cause of the destructive activity of the immune system in people with multiple sclerosis may have discovered the molecule triggering the attack on the nervous system.

Autoimmune diseases are today a real source of concern in Western countries. They are now considered the third leading cause of death, after cancer and cardiovascular diseases, although they have by far not the reputation of the latter. Indeed, many people have never heard of this term.

Autoimmune diseases are caused by a reversal of the defences against the very organism that they are supposed to protect.

During an infection, the immune cells recognize antigens, molecules – often proteins – which come specifically from the infectious agent. This makes it possible to activate, in the place of invasion, the various mechanisms which will “stimulate” the body’s defences in order to eradicate the intruding microorganisms.

In autoimmune diseases, the immune system would confuse molecules produced by its own organism with antigens, leading the latter to destroy the parts of the body or organs where they are located. These molecules, mistakenly considered as threats, are called “autoantigens”.

In the case of multiple sclerosis (MS), the part attacked in the body is myelin, a kind of envelope protecting the nerves, and also allowing them to propagate nerve messages more quickly. When this sheath is damaged, serious neurological consequences ensue: loss of sight, sensitivity, muscle tone … and these often lead to paralysis.

Specialists have obviously suspected that autoantigens must be located on myelin. After many years of research, no culprit has been identified so far, but immunologists at the University Hospital of Zurich published this week the discovery of a suspicious molecule.

The group worked on T lymphocytes, a type of immune cell that reacts to contact with fragments of antigens of bacterial or viral origin (epitopes), but which is also involved in multiple sclerosis. They obtained these cells from MS patients and incorporated them into mixtures of more than 200 protein fragments, each with more than 200 billion varieties.

They found that two of the fragments strongly reacted the T lymphocytes and that they were constituents of the same protein, guanosine diphosphate-L-fucose synthase (GD-L-FS), an enzyme involved in the metabolism of certain sugars, in memory, but also in the determination of the blood group.

Of the 31 volunteers with the disease (or showing early symptoms), 12 of them saw their lymphocytes react to the enzyme.

The researchers then tested whether the bacterial version of the enzyme also caused a reaction on the immune cells of 8 patients. The T lymphocytes of four of them reacted to the presence of this enzyme, thus giving more credibility to a research carried out last year, which suspected that certain bacteria of the intestinal flora could trigger the disease.

However, immunologist Ashutosh Mangalam of the University of Iowa warns that the latter result should be taken with tweezers. ”  Some of the bacteria that produce the enzyme are less abundant in MS patients than in healthy people,  ” he says.

Reinhard Hohlfeld, of Ludwig Maximilians University in Munich, considers the discovery of the likely involvement of GD-L-FS as the first step in an interesting new direction. Although this enzyme is widespread in the brain, ”  it never was a candidate,  ” he says.

Zurich researchers predict that if future research clearly confirms GD-L-FS as an autoantigen, one of the possible clinical applications would be the same as for allergies, i.e. injections of the molecule so that the immune system reacts less and less. They even plan to test this strategy on patients from next year.

Why the Power Breakdown? Knowing the answer of the Minister of Energy, Pakistanis will hold their heads and triggers ‘night mode’ memes online